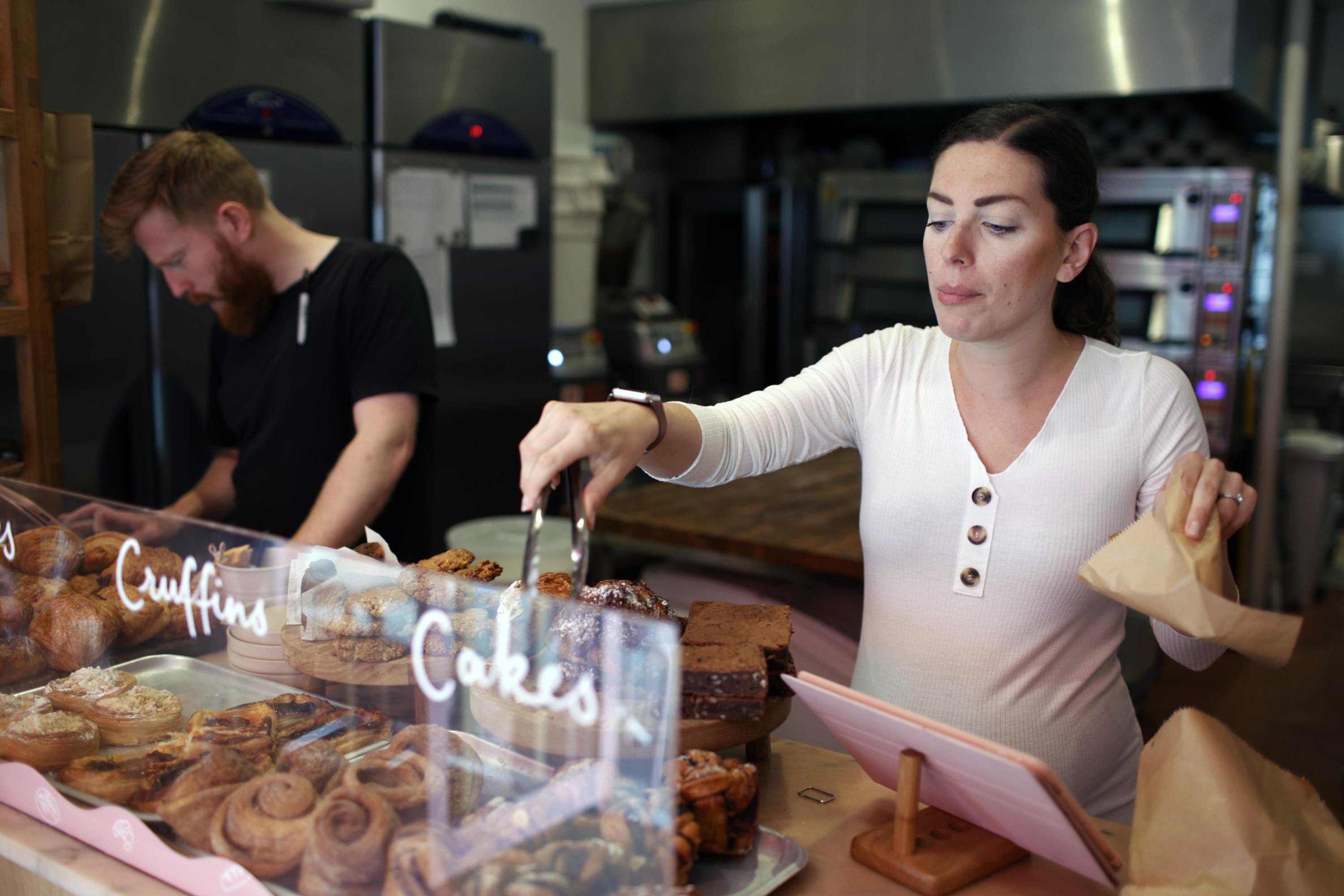 LONDON (AP) — At Sophia Sutton-Jones’ bakery in north London, the electricity bill has more than tripled since the start of the year. It now costs 5,500 pounds ($6,260) a month to fuel the ovens and keep the lights on at Sourdough Sophia.

“Where should I magically take an extra 4,000 pounds a month that I haven’t calculated?” she says. To cope with rising costsshe had to borrow 50,000 pounds and raise prices twice this year for her breads, baguettes and pretzels.

She doubts that even a massive support program announced this week by the UK Government will make a big difference to businesses like his struggling with soaring energy costs.

Pubs, restaurants, breweries, retailers and other businesses across the UK are being pushed to the brink by soaring energy bills that have helped drive inflation to its highest high level in four decades and fueling a cost of living crisis.

Forced to act by cost increases that threaten to tip the UK economy into recessionnew Prime Minister Liz Truss’ The government released details on Wednesday that wholesale energy bills for businesses will be capped this winter.

The government will support part of the tab for six months from October 1 so that businesses pay discounted rates which are “less than half of expected wholesale prices this winter”.

Energy price increases have been fueled first by the global economic recovery from the COVID-19 pandemic, which drove up demand for fuel, then by the aftershocks of the Russian war in Ukraine. The UK receives only a fraction of its gas from Russia, but is more vulnerable to spot market price volatility as it has less nuclear and renewable energy and low storage capacity gas.

The support package will “hopefully reduce the immediate risk of business collapse and job losses,” said Jamie Stewart, deputy director of the Center for Energy Policy at the University of Strathclyde. “It should also limit the need for businesses to pass on costs by raising the prices of their goods and services and adding to already acute pressures on the cost of living.”

Business groups generally welcomed the announcement, but some expressed concern about the abrupt end to aid after six months. The government said it would conduct a review after three months.

Business owners like Sutton-Jones have complained that relief has been too slow to arrive.

“There’s no backdating, so we basically can’t fully benefit from the support package, and many employers will be forced to close,” she said. “What happens to the huge debt that many companies have already accumulated?”

The Small Business Federation shared the concern and called for a hardship fund for businesses that fall through the cracks.

The British Beer and Pub Association called the energy support a “lifeline for many pubs and brewers this winter”.

Britain’s famous pubs barely had time to recover from the pandemic before being hit by supply chain issues, labor shortages and widespread price increases which, combined with bills exorbitant energy costs, have “for many businesses more than wiped out their total net income”, seven pub, brewing and hospitality groups said last week in a letter to the UK’s Chief Financial Officer.

At the King’s Head pub in northern England, rising electricity prices have forced manager Cherylanne Lowther to stop serving food on certain days because it’s too expensive to run the kitchen’s energy-intensive oven , the double boiler, the three fryers and the dishwasher.

Even though the new government support keeps his bill at the previous level, “I couldn’t afford the 800,” Lowther said.

With winter approaching, she is also bracing for higher fuel oil costs, saying kerosene for the pub’s outdated heating system “costs a fortune at the moment”.

On top of that, she has a contract with a brewery that raises liquor prices, just as customers in the village of Cockfield, struggling with their own rising costs, stay home more often.

On some recent nights, she made a profit of just 20 pounds.

Since she started running the pub 10 months ago she has run out of reserve funds and now ‘there is no money left to pay for anything’, Lowther said.

“The whole time I was in the pub I was never able to collect a salary,” said Lowther, who fears going into debt.

Even a bigger pub operator, the London chain Fuller, Smith and Turner Plcsaid this week that the energy costs of its 385 pubs had reached “unprecedented levels”.

Small manufacturers are also under pressure.

Exeter Charcoal has been forced to raise the price of its small mobile ‘retorts’ – devices used to make charcoal by heating wood – by 3,000 pounds, to 17,450 pounds. The metal for the machines is cut with a precision laser by a nearby engineering company.

Buyers include wood owners, schools, and local governments who have extra wood they can turn into charcoal to sell. But alongside rising labor and raw material costs, “this is all beyond what most of our customers can afford,” Rawle said.

The company would be able to ride out the crisis by making a smaller, cheaper version that has proven popular, he said.

But Rawle feared the government’s plan was fiscally irresponsible. Officials did not detail the cost of the assistance package, but it is expected to be in the billions of pounds.

“What Liz Truss is planning is, I find, particularly frightening,” Rawle said. “The amount of money involved – all we do is run up debt. And as a businessman you can’t really spend money that you don’t have.

Veteran wife? Entrepreneur? look at this